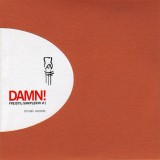 Damned ties! The patriarchy, even in its cultural expressions, is dominated by male societies. In music, this is by no means confined to the Vienna Philharmonic Orchestra – that’s just the tip of the iceberg. Now with the younger generation the glass ceiling is starting to crack, in particular in the fields of electronic music, contemporary composition and improvisation, and to a lesser extent in jazz and rock music. But even these categorisations become increasingly redundant, as social background or mental and political environments become more important – especially now, since the creation of an open society as practised in improvised music with all available means is no longer the issue anymore. In the face of “Me PLCs” and the dumbing down of the masses our dissident appetite for enlightenment, empowerment and critique continues to grow.
As a result, Hannes Schweiger, percussionist, journalist, and long-time editor of Jazzlive magazine, started a series of portraits in freiStil three years ago, giving it a name we borrowed from an old Nina Hagen song: “beschreiblich weiblich” [describably feminine]. He has spotlighted 17 female artists, whose musical qualities were and are in inverse proportion to the media’s indifference to them. The freiStil sampler #1 features eleven of them with one track each. Its title, DAMN!, can be read both in English and German – or in American and Austrian, because these are the countries where these damning dames come from, with gentle tendrils reaching over into Luxembourg and Mexico.
When asked about her chief motive for founding the IMA Institute of Media Archaeology, Elisabeth Schimana said in freiStil #20: “The central question was: Whom can I refer to as a female musician? Men refer either to Cage or Coltrane, whom do we refer to?“ It will probably be easier for later generations to answer this question. Until the knowledge now being generated is accumulated and extended, an older assessment is still valid: Austria is a men’s singing club, living and letting live, going and letting go. This is the judgement Karl Kraus made in his gorgeous satire “Fahrende Sänger” [Itinerant Singers] about 100 years ago. Let them go. Let’s listen to the signals of solidarity, emancipation and feminism. The music is playing out in front. Thanks to all the participants!

The “Damn! Freistil-Samplerin #1” collects two CDs worth of (almost) all-female soundartists whose presented works range from orchestral, modern, and serious to droning, ambient and ephemeral. With all the possible alternations from noise to sweet in between. Apart from two remarkable exceptions (more on that later) it is the simple or small additions that make the tracks stand out, like the lonely flute solo towards the end of “Vissage Caché” by Cordula Bösze and Klaus Hollinetz or the female call-answer singing group at the end of the glistering and noisy “ksenia” by Angélica Castelló, two mention just the first two tracks on here.
All tracks are either free improvisations or conceptual pieces, none of them are mere songs. The freely improvised tracks are very diverse, but offer a sensuality and ease that seems to be more and more fashionable in free impro. In contrast to the harsh and often brutally dissonant sounds that seemed to dominate the last decades. Which does not mean they are easy to listen to, because some of them are really challenging. Which is good, by the way. This definitely sounds naïve but it seemed to me that in the last decades a lot of free improvisation moved the idea of trying to find new ways to play your instruments heavily and almost exclusively into the position of focusing on new ways to produce sounds, so that horns became percussion instruments and the most important interface was the field mic stuck to the outside of the instrument. And I guess this was interesting for a while, but playing in new ways should concentrate again on playing notes as opposed to tapping on the corpus of your cello or oboe. And if it results in a melody, then that is okay, too. You can find both extremes on this sampler. Yes, I have no idea what I like, but I know what art is, as Nick Nolte once said.
In the conceptual pieces there are definitely some shock tacticts employed, like the heavy pounding that Judith Unterpertinger & der Böse Zustand provide in their “P-Stück”, which makes average “extremity” fare like Apocalyptica look weak and soft (which they actually are, but try telling that a metal head…) and which would fit very good to Slobodan Kajkut’s “compromise is not possible”.
The first of the two exceptions mentioned above is “Adam’s misfortune” by Carla Kihlstedt, which is a piece collected of hymnal singing (latin excerpts of Robert Fludd’s Tractatus Theologo-Philosophicus, an evil reply to Wittgenstein’s philosophy of perception) with samples of texts like “the seven secrets of selling to women” and kitchen implements, piano, baby noises and some horns. “Adam’s misfortune” is neither track nor piece, more like a radio play that does not need any words. A collage of sounds and impressions that form a message on their own. Mankind being torn between the knowledge that everything that is possible actually exists and the feeble minds of everyday existence. Within the context of this compilation the title also points at the fact that this malady is selfmade by men. It ends with the howling of a wolf. How fitting. A fascinating experience.
The other exception is “5er” by Ilse Riedler & Strange ahead, where Riedlers saxophone leads a funkiness and straightforwardness rarely heard within the context of free impro and sound art, that leads me straight back to the good old days of The Knitting Factory. Stuck between tracks that consist of piano and somebody dancing on a few hundred thousand shards of something, mastering the art of playing and composing a solid piece of music is like breathing in fresh air. The difference is, that a lot of conceptual music remains within the area of experiments or try-outs, which has the advantage that if it does not work but the idea was good, the work still has some meaning. Writing and playing a “classical” jazz piece is a completely different art form, because abiding the rules and then mastering them is hard work on top of talent and originality.
Finally, it should be mentioned, that the initiative “Freistil” started as a platform within the Jazzlive magazine to present artists, whose abilities and talent are at cross with the attention their work receives. I hope it works.
Cracked

In the early, very early years of Vital, when it was written on paper, we wanted to have a survey on why women were not involved in experimental music to the same extent as men. Without much luck. These days the situation is improved - see Olivia Block, Andrea Neuman, Annette Krebs, to mention a few - but it is still not a 50-50 situation (and then we could start a discussion about racial backgrounds of composers, of course). One Hannes Schweiger, percussion player and journalist, started searching for female composers and asked them for a composition. Eleven of these are collected on this double CD, and, hurrah, they are all new names to be added to the small list. I have no idea how he did his research, but he found them. Angelica Castello, Cordula Bosze, Manon Liu Winter, Katharina Klement, Petra Stump, Elisabeth Flunger, Maria Frodl, Carla Kihlstedt, Susanna Gartmayer, Judith Unterpertinger and Ilse Riedler. From what I gather, purely based on listening to this double CD, is that
they all studied at the conservatorium and they all present pieces of 'serious' avant-garde music, and some ties to the world of jazz. Ilse Riedler's piece is to be found there, but its traditional jazz for me and Gartmayer and Stump too freaky. However most of the other pieces are quite nice, such as the broken plates piece by Manon Liu Winter, the solo violin cello piece by Frodl, Klement's modern classical piano piece, or the flute and electronic piece by Cordula Bosze. Best pieces were an entirely electronic piece by Castello and the voices of Kihlstedt, which could easily be edited into a horror movie about monks going mad. A great release this one, exciting and great music, a true adventure to explore new names.
vital weekly