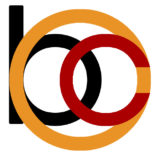 Massaccesi is John Fanning (born 1978) of Hampton, New Hampshire, United States. He is a multimedia artist, utilizing performance, installation, physical art pieces, experimental sound compositions electronic music, video & more, generally using the themes of recycling/re-usage and unique concepts (the sound of trash in refugee camps, building a city out of a city's recycling, performances based on the southern Asian sport of Buzkashi, sleeping, worshiping trash). having released for such record labels as Phthalo. He was previously known as DJ Entox, and he used to edit a hardcore techno/gabber music fanzine called The Skreem. He took his artist alias from the Italian horror film director Joe d'Amato whose real name was Aristide Massaccesi. Massaccesi has had exhibitions of work & performed numerous times around the world.
http://www.massaccesi.com/

Donate as much as you want (Donation in €uro)